Since becoming a nurse, Krys Aventino has never stopped learning — but there have been a few stops along the way, with a few more to come if she follows her dreams. 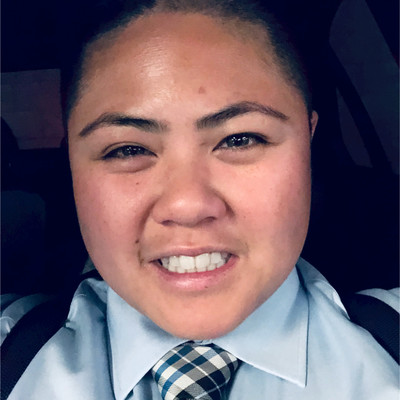 Aventino first graduated from American Career College in 2008, completing the vocational nursing program at the Anaheim campus. After obtaining her license, Aventino worked a decade in the field — eventually becoming a case manager – before returning to ACC-Los Angeles for her associate degree in nursing, which she received in 2018.

Now a registered nurse, Aventino recently finished the Bachelor of Science in Nursing program at West Coast University in 2020, and has been on a medical-surgical unit in a trauma hospital for over a year.

For Aventino, the best part of nursing is "helping your patients when they are at their most trying times … the moment a patient looks at you as the only person that makes them feel safe.”

“Especially now that families are unable to visit the patient in the hospital due to COVID-19,” she said.

Despite coming so far, Aventino said her career path in nursing hasn't come to an end and she already has her sights on another educational milestone.

“My next goal in life is to become a nurse practitioner — which I plan to take at WCU as well — and to eventually teach while working in the emergency room per diem,” she said.

In the meantime, Aventino said she has to remind herself to be patient and as with all journeys, it really isn’t about the destination.

“Where you’re at in your life is not the end, but the beginning of something bigger,” she said. “This will be one of the most difficult things you’ll be blessed to be able to do.”

Who has influenced you to continue your journey in healthcare?

I have always been an early bird so I would come to the hospital every day at 7 a.m. and noticed that the nurse practitioner was already there, doing research on the patients. I would find myself sitting next to her and she would educate me on why a patient’s lab results reflected a specific diagnosis. I learned something new every day and expanded my knowledge on the behind-the-scenes decision-making process that both nurse practitioners and doctors make every day, which influenced me to eventually pursue my RN degree.

What advice do you have for the students in school now?

Love yourself unconditionally and celebrate all passed exams! That’s one step closer to graduation. So that pop quiz that you just took and received a 75% on? Better pop some balloons because you are one out of 1,000 exams closer to finishing! Don’t hesitate to educate. No matter what age you are at this moment, one year and eight months from now you’ll either have a degree or certification under your belt or still be in the same position you were one year and eight months ago.

Was there a moment in your career that reinforced you made the right decision to work in healthcare?